The St. Louis chapter of the Baseball Writers’ Association is organized as a 501(c)3 for the the expressed purpose of furthering the craft of sports journalism and developing the writers, editors and publishers of the future. We are not aware of another BBWAA chapter that is also organized as a non-profit organization.

To stay true to the mission of the chapter, the organization proudly awards several college journalism scholarships and a professional internship at the St. Louis Post-Dispatch.

To honor Rick Hummel’s induction into the writers’ wing of the National Baseball Hall of Fame in 2006, the St. Louis Chapter founded the Rick Hummel Internship at the St. Louis Post-Dispatch. The internship is awarded annually to a deserving student at the University Of Missouri Gannett School Of Journalism. This scholarship affords the student an invaluable life- and professional experience to spend the summer learning the craft of sports journalism under the wing of Hall of Fame writer, Rick Hummel, and other staffers at the paper. 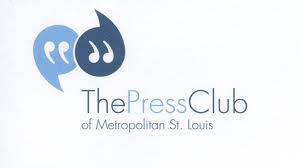 The St. Louis BBWAA Charitable Foundation also makes annual contributions to the Bob Broeg Scholarship and the Jack Buck Award at the University of Missouri at Columbia Gannett School of Journalism, the Bob Burnes Scholarship at the Saint Louis University Journalism School and financial support to awards presented by The Press Club of Metropolitan St. Louis. The chapter also uses funds from The Dinner for a variety of other charitable donations in the community.

The primary fundraising program of the St. Louis BBWAA is the annual Baseball Writers’ Dinner. The benefit event has been held annually since 1958 (minus one year). The dinner is organized by a committee of writers, media members and business leaders. The dinner is only one of three BBWAA events still produced by their local chapter and may be the only one that is still self-produced. The St. Louis dinner is the second largest and the longest-tenured of the three chapter events.

It is notable that the Jack Buck Award was once won by current Post-Dispatch baseball writer, Derrick Goold.